March in the Battle of Prague

Find traditional instrumental music
This is the stable version, checked on 2 April 2022.
Jump to: navigation, search

Back to March in the Battle of Prague

'MARCH IN THE BATTLE OF PRAGUE. AKA and see "Battle of Prague (1)," Dow Everly (2)." English, March (4/4 time). D Major: G Major (Cahusac): F Major (Robinson). Standard tuning (fiddle). AABB. "The Battle of Prague" is a sonata first published in Dublin around the year 1788 by Frantisek Kotzwara [1] (1730-1791), a Czech expatriate who lived in London and made his living as a virtuoso double-bass player working at the King's Theatre. 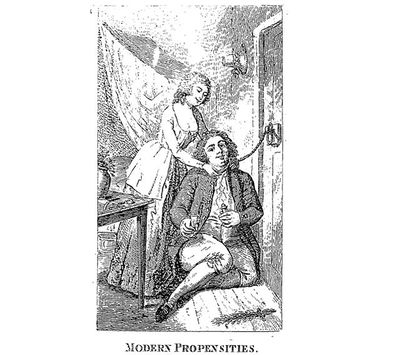 The descriptive piece, which commemorates the Prussian victory over the Austrians at Prague in 1757, is the only work of his to survive. Portions of it were quite popular on both sides of the Atlantic in the late 18th/early 19th century. As if being a "virtuoso double-bass player" (how many have there been?) was not enough claim to fame, he is also remembered (perhaps infamously) as the first recorded victim of autoerotic asphyxiation. It seems that the 63 year old gentleman visited a brothel at Vine Street no. 5 in St. Martin's on the night of September 2nd, 1791. There he spent time in the company of a prostitute named Susannah Hill, gave her two shillings for a dinner of ham, beef, porter and brandy, and following their repast he requested that she remove his testicles with a knife; which request she reasonably refused. The musician then proceeded to secure a rope around a doorknob, kneel, tie the other end around his neck, and, apparently while engaged in intercourse with Ms. Hill, he strangled himself. Hill was prosecuted for the musician's murder, although in the end the court found her testimony regarding the night plausible and acquitted her. The court records were supposedly destroyed to prevent public scandal, but a secret copy was made with an eye to future monetary gain-the copy is said to have been preserved and kept at the Francis Countway Library of Medicine in Boston. At the time the incident was whispered about, however, and a year after an anonymous pamphlet was published called "Modern propensities; or, An Essay on the Art of Strangeling, & c. Illustrated with Several Anecdoets. With Memoirs of Susannah Hill, and a Summary of her Trial at the Old Bailey on Friday, September 16, 1791, on the Charge of Hanging Francis Kotzwara, at her Lodgings in Vine Street, on September 2" (J. Dowson, London, 1791).

American writer Mark Twain mentions the piece in his book A Tramp Abroad, when he writes of a salon organist who "turned on all the horrors of 'The Battle of Prague,' that venerable shivaree, and waded in the blood of the slain." Although published with the title "Sonata," The Battle of Prague does not follow sonata form, but rather, as Twain records, is a programmatic piece:

After an introductory slow march, bugle and trumpet calls and signal cannon, the fun begins. The Prussians have the treble clef, the Imperialists the bass, so naturally the Austrians are best supplied with heavy artillery, but the right hand from time to time jumps over, fires a few cannon shots and jumps back again. The left hand in turn leaps across with flying bullets, each hand playing rapid semiquavers in between. Then after a few bars of trumpets and kettledrums there is an attack with swords on the right, horses galloping on the left, light dragoons advancing, cannons and drums in general with much 'tremendo', running fire (downward from the treble, upward from the bass) and hard work in semiquavers for both hands until hostilities cease with the trumpet of recall, and the cries of the wounded are heard. The Austrians being now defeated, the trumpet of victory leads to 'God save the King'. A quickstep (Turkish music) and a lively finale (allegro) bring the work to a triumphant end. [1]

Selections from The Battle of Prague were printed widely. An early version is in Thomas Cahusac's Compleat Tutor for the German Flute (London, c. 1792). The "March in the Battle of Prague" was published in America by J.G.C. Schetky in Philadelphia in 1793. It was entered into the Woburn Fife Manuscript a ms. collection inscribed with the the name Seth Johnson and "Woburn. April 20th day, 1807. I Bought this Book, 5:3." Entries were made between 1807 and as late as 1840. The melody appears in numerous 19th century British musicians' manuscripts, including those of Joshua Gibbons, John Clare and John Moore (see below), and Rev. Robert Harrison (1820, Brampton, Cumbria), James Winder (1835, Wyresdale, Lancashire), William Clarke (1858, Feltwell, Norfolk), John Buttery (army fifer, Lincolnshire, early 19th century), James Haslingden (1827, Midlands or southern England), William Hall Lister (mid-19th century, East Boldon, near Newcastle) and the Tiller manuscript. Gibbons originally set the tune in the key of F major in his ms. The melody may also be found in English musician John Clare's c. 1818 ms. See also note for "Turk's March (1)" for more on Turkish music in Britain.

Back to March in the Battle of Prague