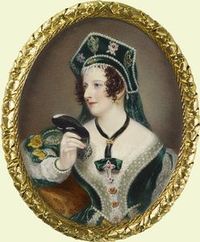 She was the elder of three daughters of Charles, 3rd Earl of Harrington, and a talented amateur artist who painted miniatures of her family and friends. She liked to dress her subjects up in the guise of angels, and the National Gallery of Ireland has a portrait of the artist, winged, with her sisters as cherubs. A different "Marchioness of Tavistock's Waltz" appears in John Paff's Gentlemen's Amusement No. 2 (New York, 1812). 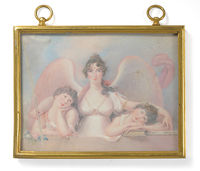 Lady Anna with her sisters

The town of Tavistock, Devon, has held a fair, the Tavistock Goosey Fair, on the second Wednesday in October since the year 1105.