Back to Marie and Theresa[edit] 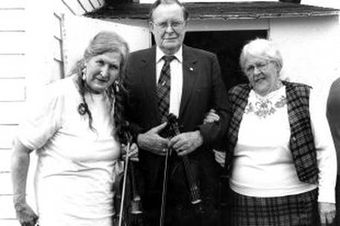 Composed by Cape Breton fiddler and composer Dan R. MacDonald (1911-1976). The jig was composed for the two MacLellan sisters, Maria and Theresa, daughters of fiddler Big Ranald MacLellan, one of Dan R.s favorite musicians. Together with their brother Donald they formed the MacLellan Trio with Marie on piano and Donald and Theresa playing fiddle. Marie and Donald are deceased.

Back to Marie and Theresa[edit]