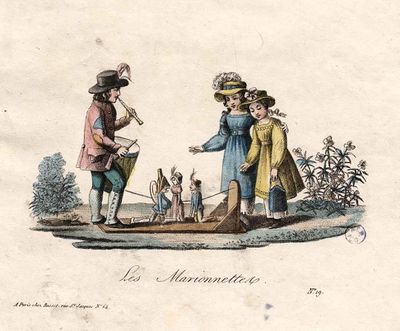 A pipe-and-tabor player entertains children with marionettes. Note that he appears to make them move via a string attached to his leg.