MARMADUKE'S HORNPIPE. AKA - "Marmadike," "Marmaduke's Reel." AKA and see "Damon's Window/Damon's Winder," "Dan Jones." American, Reel (cut or 2/4 time). USA; Arkansas, Missouri. D Major (Christeson, Devil's Box, Phillips, Silberberg): D Mixoydian {'A' part} & D Major {'B'part} (Songer). Standard tuning (fiddle). AB (Silberberg): AABB (Christeson, Devil's Box, Songer): AABB' (Phillips). Missouri fiddler Howard "Rusty" Marshall reveals that Missouri oral tradition gives that the tune was named for Confederate general John Sappington Marmaduke (1833-1887), son of pre-conflict Missouri governor M.M. Marmaduke, who was "from a dynasty of Little Dixie tobacco and hemp farmers, slave holders, and politicians." More political appointee than warrior, Marmaduke and his outnumbered, outgunned rebel forces were soundly defeated at the battle of Boonville in June, 1862, resulting in surrendering control of the Missouri River to Union forces. He led a regiment at Shiloh, and participated in Price's raid in Missouri during which he had two horses shot out from under him at Little Blue. He was wounded and captured at Marais de Cygnes in October, 1864. Despite his lack of success in the martial arena Marmaduke was, like his father, elected governor of the state after Reconstruction, serving from 1885-1887. He died in office. 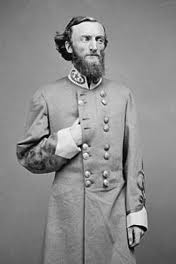 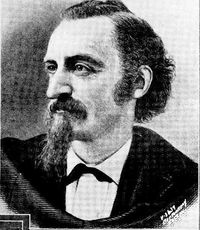 The title appears in a list of traditional Ozark Mountain fiddle tunes compiled by musicologist/folklorist Vance Randolph, published in 1954. The melody has been a popular popular for fiddle contests in the Mid-West, although less heard today. "Marmaduke's Hornpipe" is one of '100 essential Missouri tunes' listed by Missouri fiddler Charlie Walden. "Local fiddlers in central Missouri have mentioned this tune was propagated by Daniel Boone Jones, a widely remembered fiddler from Boone County, who represented Missouri in one of Henry Ford's national contests in the late 1920's" (Christeson). The tune was so closely associated with Jones, who was a highly influential regional fiddler in the early 20th century, that his name was an alternate title for his contest-winning version. "Cricket on the Hearth," "Grand Hornpipe (1)" and "Rocky Mountain Goat" are melodies thought to be reminiscent of "Marmaduke's" and perhaps cognate. According to Gordon McCann (2008), a number of older Missouri fiddlers call the tune "Cricket on the Hearth." Guthrie Meade (2002) mentions the tune in connection with Ozarks fiddlers Cyril Stinnet, Vesta Johnson and Buck Williams, and notes similarities with "Deer Walk" and one of the "Hell Among the Yearlings" tunes. "Damon's Winder" is a nearly identical melody, save for the 'C' natural notes played in the third and fourth measures instead of a 'C' sharp. The only 78 RPM era recording of the tune was under the title "Hell Up Flat Rock," by Jess Hillard in 1933. See also Harvey "Pappy" Taylor's (Effingham, Il.) "Straw Bonnet", which resembles "Marmaduke's" in one strain.