Marquis of Granby (The)

Find traditional instrumental music
This is the stable version, checked on 13 July 2020.
Jump to: navigation, search

Back to Marquis of Granby (The)

MARQUIS/MARQUESS OF GRANBY, THE. AKA and see: "Kinloch of Kinloch (4)," "Over the Water to Charlie," "Pot Stick," "Sean Buidhe/Sean Bui" (Yellow John (1)), "Shambuy (The)/Shambuie (The)," "Wishaw's Delight." English, Irish; March or Jig (6/8 time). G Major (Keller/Gibbs, Knowles): D Major (Aird, Keller/Bush). Standard tuning (fiddle). AABB. The Marquis, John Manners [1] (1721-1770), was "a good man at the bottle" whose image once graced no less that eighteen London public-houses and who can still be seen on sign-boards for inns, partly due to his personal bravery and partly to the baldness of his head. Legend has it that he set the best of his soldiers up as innkeepers when they retired from service. Old Weller, in Dicken's Pickwick Papers, married the hostess of the "Marquis of Granby" at Dorking: 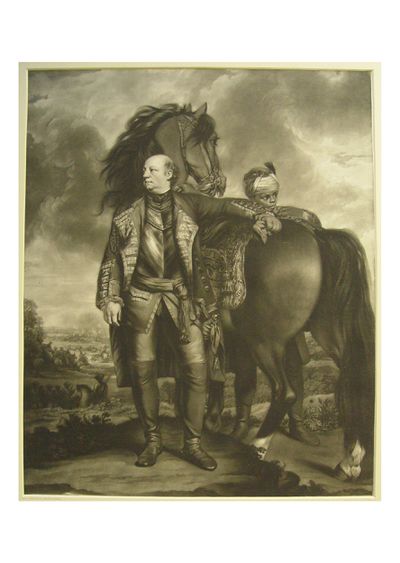 The Marquis of Granby in Mrs Weller's time was quite a model of a road-side public-house of the better class--just large enough to be convenient, and small enough to be snug. On the opposite side of the road was a large sign-board on a high post, representing the head and shoulders of a gentleman with an apoplectic countenance, in a red coat with deep blue facings, and a touch of the same blue over his three-cornered hat, for a sky. Over that again were a pair of flags; beneath the last button of his coat were a couple of cannon; and the whole formed an expressive and undoubted likeness of the Marquis of Granby of glorious memory.

Granby led one of the great cavalry charges of British history on July 31, 1760 at Warburg, where, "with his wig off and his bald head glistening in the sunshine, he led 22 squadrons against the French, first driving their horse form the field and then routing their infantry" (Winstock, 1970; p. 55). He was also a hero of the French and Indian War in the American Colonies (and thus this tune appears in a number of late 18th century American music manuscripts and publications). The Marquis was made commander-in-chief of the British Army in 1766 but was the subject of bitter political attacks and, in declining health, he resigned in 1770 and gave up most of his public offices. He died in debt.

Numerous tunes were written in honor of Granby, many of them martial in character. The very popular tune was issued on broadsides soon after his success at Warburg, and was regularly played in the British army by the time of the Revolutionary War. The Thompson firm (London) published it in a tutor for the fife around the year 1760 as well. The melody itself is derived from "Over the Water to Charlie," which itself appears to have been derived from "Pot Stick" or "Sean Buidhe" (Yellow John). The alternate title "Pot Stick" comes from Johnson's 200 Country Dances of 1748, according to Glen, while the title "Yellow John" is a term of contempt for the Irish adherents to William III (William of Orange). The Gaelic form of "Yellow John," Sean Buidhe, was corruptly rendered in English as "Shambuy (The)." The tune appears in Northumbrian musician William Vickers' 1770 music manuscript collection as "Sham Boy (The), or Marquis of Granby (The)," and in Glasgow publisher James Aird's Selection of Scotch, English, Irish and Foreign Airs vol. 1 (1782) as "Marquis of Granby. Shambuy." See also the "Kinloch of Kinloch" branches, more-or-less related.

Additional notes
Source for notated version : - the music manuscript of Captain George Bush (1753?-1797), a fiddler and officer in the Continental Army during the American Revolution [Keller].

Back to Marquis of Granby (The)