Back to Marquis of Huntly's Birthday

MARQUIS OF HUNTLY'S BIRTHDAY. Scottish, Strathspey (whole time). F Major. Standard tuning (fiddle). AB. The strathspey was composed by fiddler-composer Robert Petrie of Kirkmichael, Perthshire, and printed in his Third Collection of 1802. At that time, the Marquis of Huntly was George Gordon, 5th Duke of Gordon, born at Edinburgh on February 2nd, 1770. The Marquis of Huntly is the hereditary title for the eldest sons of the Dukes of Gordon, and George was the eldest son of Alexander Gordon, 4th Duke of Gordon and his wife, the celebrated Jane Gordon, Duchess of Gordon, née Lady Jane Maxwell. He was educated at Eton and became a professional soldier, rising to the rank of general. As Marquess of Huntly, he served with the guards in Flanders from 1793 to 1794. He commanded the 92nd Highlanders, which was originally raised by his father, Alexander Gordon, and commanded the regiment in Spain, Corsica, Ireland and the Netherlands from 1795 to 1799, where he was badly wounded. He may still have been recovering when Petrie composed this tune in his honor. 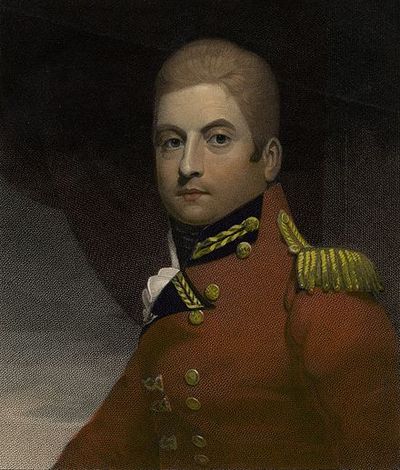 Back to Marquis of Huntly's Birthday