Marquis of Waterford's Hornpipe (The)

Back to Marquis of Waterford's Hornpipe (The)[edit]

MARQUIS OF WATERFORD'S HORNPIPE, THE. English, Scottish; Hornpipe. England, Northumberland. E Flat Major. Standard tuning (fiddle). ABB'. The melody appears in Köhlers' Violin Repository, Book 2. The hornpipe has been attributed to Tyneside fiddler and composer James Hill, although, curiously it is not attributed to him by W.B. Laybourn, the editor of Köhlers, who did attribute several hornpipes to Hill elsewhere in the volumes. 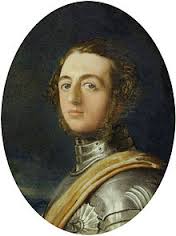 "The Marquis of Waterford's Hornpipe" was named after Henry de La Poer Beresford [1] (1811-1859), 3rd Marquess of Waterford, an Irish peer and a Steward at Newmarket races (where he would have come to the attention of composer Hill, a racing enthusiast). The Marquis was a member of the Newmarket Jockey Club and occasionally competed in the racing albeit unsuccessfully. However, he had a prodigious reputation in England and Ireland as a sportsman. 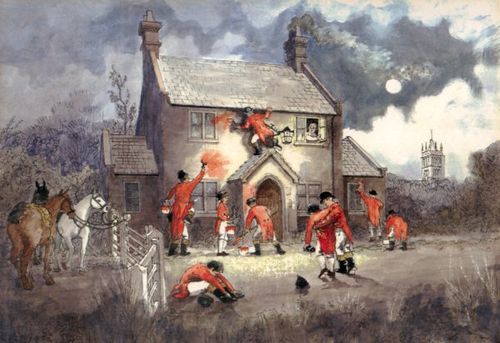 In early adulthood Waterford "was frequently in the news in the late 1830's for drunken brawling, brutal jokes and vandalism, and was said to do anything for a bet; his irregular behaviour and his contempt for women earned him the moniker "the Mad Marquis'" [2]. Beresford had a reputation as a practical joker and once filled the first class carriage of a train bound for one race meeting with chimney sweeps, simply to see the looks on the faces of the other first class passengers. At Melton Mowbry in 1837 Beresford and a drunken party of fellow sportsmen were returning from the Croxton Park Races, when they were stopped at a toll-booth. An altercation ensued which resulted in the toll-keeper being nailed shut in his home and the the wild party turned loose on the town. Buckets of red paint were found and the houses and toll-booth were painted red, one of the legends of the origins of the phrase 'painting the town red.'

He was in London at the time of the Spring Heeled Jack [3] phenomenon, and it was rumored during his lifetime that he was the source of the disturbances, although this has been disputed.

When he married in Louisa Stuart, daughter of the 1st Baron Stuart de Rothesay, in 1842, Beresford settled down to the life or a country gentleman in the family estate of Curraghmore House in Ireland, where he lived an exemplary life until his death in 1859 from a riding accident.

Back to Marquis of Waterford's Hornpipe (The)[edit]