Back to Master Andrew Grant[edit]

MASTER ANDREW GRANT (Balmoral). Scottish, Reel. A Mixolydian. Standard tuning (fiddle). AB. Composed by A.F. Skinner. Alexander Forbes "Sandy" Skinner (1833–1883) was the brother of the famous fiddler-composer J. Scott Skinner (1843-1927), who taught his younger sibling to 'second' on the fiddle and to play backup on the cello. The elder Skinner was a champion dancer and fiddler in his own right. It was Sandy who arranged for James to audition with Dr. Marks Little Men, a touring group composed of very talented boys with whom Skinner signed on for a six-year apprenticeship [1]. See also J. Scott Skinner's composition "Sandy Skinner." 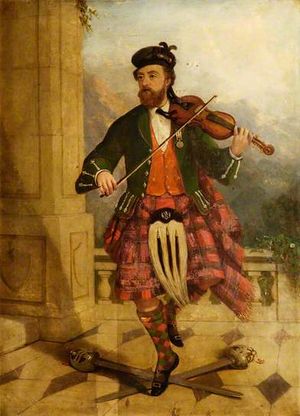 Back to Master Andrew Grant[edit]