Back to Master Linley's Hornpipe[edit]

MASTER LINLEY'S HORNPIPE. English, Hornpipe. G Major. Standard tuning (fiddle). AABB. The tune appears in two music manuscript collections of the latter 18th century; the John Greenwood (1760-1819) commonplace book (c. 1785, New York), and the c. 1788 manuscript of John and William Pitt Turner (Norwich, Conn.). However, the hornpipe is English in origin and was published with the note: "As perform'd at the Theatre Royal in Covent Garden in the new masque call'd the Fairy Favour." Fairy Favour was an entertainment by Thomas Hull (1728-1808), published in 1767. The masque performed by children for the four-year-old Prince of Wales on his first visit to the theater, and it was acted a few nights at Covent Gardern. It was said "The design in simple and elegant, and the versification easy and harmonious" (Baker, Reed & Jones, Biographia Dramatica).

Prominent players in the masque were Elizabeth ("Betsy" to her parents, "Eliza" to her friends) Linley (1754-), the eldest surviving child of Thomas Linley (1732-1795), concert master at the Bath Assembly Rooms and, after 1774, manager (and later co-owner) of the Drury Lane Theatre in London. she was gifted musically and trained as a vocalist by her father. At the time the masque was performed she was aged thirteen, having made her debut performance a year earlier. Also performing in The Fairy Favour was her younger brother Tom (1756-1778), also a prodigy who was to become a close friend of Mozart in Florence. Following the performance her father refused to allow her to sing any longer in the theater, opting to have her sing the more respectable concerts and oratorios. 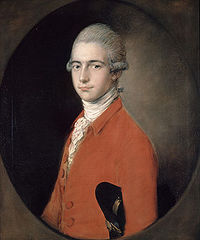 "Master Linley's Hornpipe" must have been composed for, by, or associated with brother Tom, who at an early age also was making a name for himself. At the age of 15 he became the leader of the orchestra and at Drury Lane, where he played concertos between the acts of oratorios. His first major composition, "Let God Arise" was successfully debuted in 1773. He continued to be in demand as a concert violinist, but ventured into the theater, composing for Richard Sheridan's (his brother-in-law, who had married sister Eliza) The Duenna. It was on a family trip to Grimsthorpe Castle, Lincolnshire, with his sisters (the guests of the Duke of Ancaster and his family) when Linley perished in a boating accident when a sudden storm came up when he was rowing with some friends on a lake. He drowned at age twenty-two.

Back to Master Linley's Hornpipe[edit]