Back to Master Pinto

...is to be attributed to the spirited plan adopted by Mr. Corri, of bringing down capital new performers from London; for without novelty, public places soon cease to be entertaining, and at last grow tiresome. Master Pinto was literally a musical wonder, the brilliancy of his execution, the fire with which he played, and the fancy he displayed, were not more remarkable than the powerful, varied, and exquisite tones of his violin! And the masterly and expressive style in which he performed the Adagio movements of his concertos, will never be forgotten by his hearers. 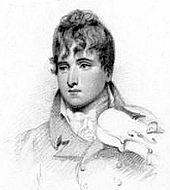 Master (George) Pinto [1] was the grandson of a famous musician, known primarily by his last name, Pinto (Thomas Pinto), who was mentioned by Dr. Burney in his General History of Music. Alexander Campbell mentions the younger Pinto in his volume A Journey from Edinburgh through parts of North Britain, vol. 2 (1802, p. 189), and was also impressed:

Young Pinto is not only an admirable violin player, but also a first-rate performer on the grand piano forte: to excel on instruments so widely different from each other, is a proof of genius and unwearied application very seldom to be met with. If dissipation, and consequent idleness, do not impede him in his career, what may not the musical world expect in his riper manhood, when his talents have received from practice, mature judgement, and refined taste, the highest polish possible to conceive? 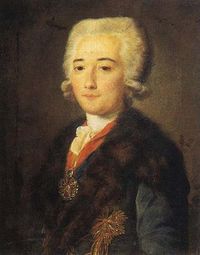 Campbell's description of Pinto as 'young' is correct, for in 1801 he was barely sixteen, and had been an extremely talented child prodigy. Unfortunately, his career was terminated young by premature death. Pinto died in 1806, aged 21, closing a performance and composing career which, according to Johann Salomon (his music teacher in London, who is credited with bringing Haydn to England), might have been equal to that of Mozart. The cause of his death is not recorded; it may have been from tuberculosis, or perhaps brought on by the dissipation that Campbell had warned of.


Printed sources: Gow (2nd part of The beauties of Niel Gow, being a selection of the most favorite tunes from his first, second, and third collections of strathspeys, reels & jigs, chiefly comprising the compositions of Niel Gow and sons, (the dances arranged as medleys), all of which are adapted for the harp, piano-forte, violin & violoncello), c. 1819. Laybourn (Köhlers' Violin Repository, Book 2), 1881-1885; . MacDonald (The Skye Collection), 1887; p. 161.

Back to Master Pinto