MATHEW HARDIE [2], THE. Scottish, Strathspey. E Major. Standard tuning (fiddle). AB. Composed by Bert Murray in honor of a violin (owned by Scottish dance band leader Ian Powrie) made by the 'Scottish Stradivari', Mathew/Matthew Hardie (b. Edinburgh, 1755). Hardie made violins after the Stradivarius style, having measured one exactly, and had a keen eye for fine aged woods which he used for his plates. Neil (1991) relates: 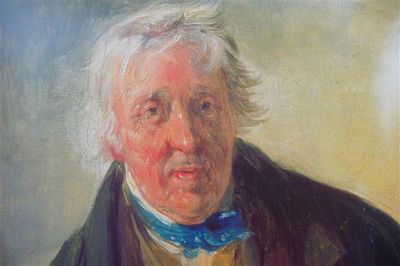 One day, while out walking near Cramond, he found an old slab of wood lying on the ground which on examination, was judged to be perfect for the belly of a fiddle on account of its balance, lightness and clear tone when struck. On his return he stopped at a farmhouse for refreshment and noticed an ancient baking board which he considered would make an excellent back. He remarked to the farmer's wife that she had an excellent fiddle in her house. He was told that if he could find such a thing, he could have it. Mathew explained that the fiddle was inside the baking board and clamouring to get out, whereupon she kept her word and the board became his. A fine fiddle was subsequently made from the two pieces of wood.

Hardie's best instruments are known for their beauty as well as the quality of their tone. However, opinion varies, and some of his instruments may have suffered from the financial and personal straits he often found himself in; he sometimes could not afford the best wood, or crafted some instruments in haste to fulfill a contract, or he handicapped his craft with his drinking. He moved his workshop often around the city, and was often in legal trouble because of unpaid debts. Sadly, Hardie died in the poor house. Sad, too, that Powrie's Hardie violin was destroyed in 1994 when a lorry rear-ended Powrie's car at Bridge of Cally. As with Bert Murray, bandleader Angus Fitchet composed his "Lament for the Matthew Hardy," upon hearing of the event. 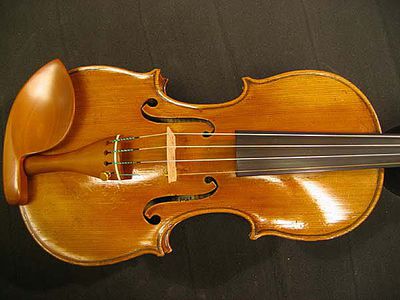