MERMAID [1]. English, Country Dance Tune (6/4 time). G Major. Standard tuning (fiddle). AB (Walsh): AABB (Playford). The tune and dance instructions were first printed by London music publisher Henry Playford in his Dancing Master, 6th edition (1679), and was retained in subsequent editions of the work through the 16th edition of 1716. It did not appear in the last two editions of the Dancing Master. John's son Henry Playford also included it in his Apollo's Banquet of 1687 and in subequent editions. Rival London publisher John Walsh printed the same dance and tune in his Compleat Country Dancing Master, editions of 1718, 1731 and 1754. 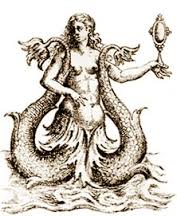 The title may refer to the Mermaid Tavern [1], Cheapside, London, located east of St. Paul's Cathedral on the corner of Friday Street and Bread Street. During the Elizabethan era the "Fraternity of Sireniacal Gentlemen", a drinking club, met there on the first Friday of every month, and tradition has it that is was started by Sir Walter Raleigh. The club included some of the leading literary figures of the era, among them Ben Jonson, John Donne, John Fletcher and Francis Beaumont, Thomas Coryat, John Selden, Robert Bruce Cotton, Richard Carew, Richard Martin, and William Strachey. The wit displayed at these meetings is attested to (boasted, actually) in a letter of Beaumont to Jonson: 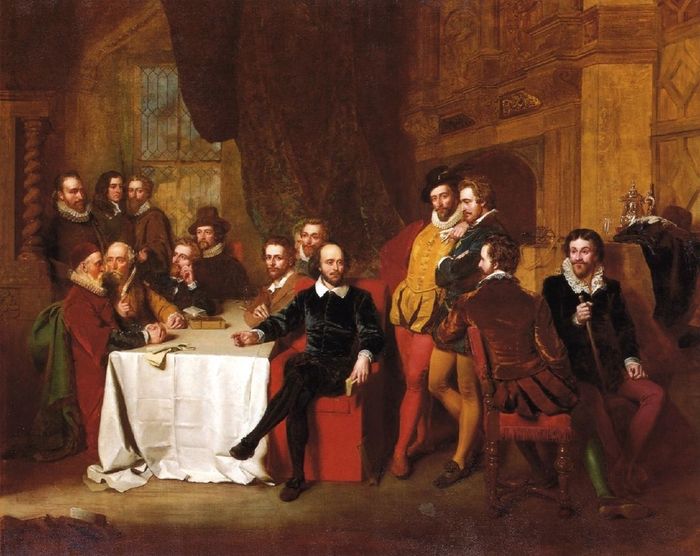 A fanciful 19th-century depiction of Shakespeare and his contemporaries at the Mermaid Tavern. Painting by John Faed, 1851.

Methinks the little wit I had is lost
Since I saw you; for wit is like a rest
Held up at tennis, which men do the best
With the best gamesters: what things have we seen
Done at the Mermaid! heard words that have been
So nimble, and so full of subtile flame,
As if that every one from whence they came
Had meant to put his whole wit in a jest,
And had resolv'd to live a fool the rest
Of his dull life; then when there hath been thrown
Wit able enough to justify the town
For three days past, wit that might warrant be
For the whole city to talk foolishly
'Till that were concell'd: and when that was gone
We left an air behind us, which alone
Was able to make the two next companies
Right witty; though but downright fools, mere wise.

The Mermaid was destroyed in the Great Fire of London.