MESSE, LE. Scottish, Violin Solo or Polka (2/4 time). A Major ('A', 'B' & 'C' parts) & D Major ('Trio'). Standard tuning (fiddle). AABCCDD (the 'D' part is a trio). A virtuoso composition by Scottish fiddler J. Scott Skinner. It was published in in his Scottish Violinst (1900) and Harp and Claymore (1904) collections, with the note: "The finest Violin in the world. Now the property of Mr. Crawford, Trinity, Leith, who purchased it for £2,000." The melody was dedicated "To A.W" in the Scottish Violinist. The tune features pizzicato runs. Le Messe, or 'The Messiah', was a violin crafted by the Italian master Antonio Stradivari (1644-1737) in 1716, at the height of his artistry, and kept in his shop until his death. It has been kept relatively unplayed and is in superb condition (and is now displayed in the Ashmolean Museum, Oxford), and is among the most valuable of violins. The name "Messiah" for the instrument comes from a conversation between Parisian luthier Jean Baptiste Vuillaume and Luigi Tarisio, from whom the former had purchased the latter's entire collection, including the Stradivarius. "One day Tarisio was discoursing to Vuillaume on the merits of this unknown and marvelous instrument, when the violinist Jean-Delphin Alard (Vuillaume's son-in-law), exclaimed: 'Then your violin is like the Messiah: one always expects him but he never appears'." 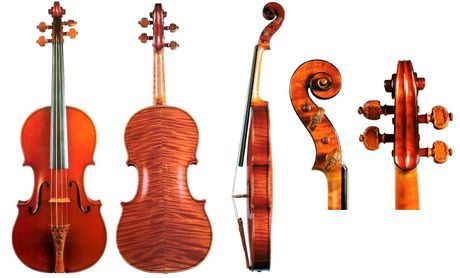 Caoimhin Mac Aodh records the tune was in the repertoire of Donegal fiddler John Doherty as "Postman's Knock (2) (The)."