Back to Micho Russell's Reel (1)[edit]

MICKO RUSSEL(L)'S REEL [1]. AKA – "Carthy's Reel (1)," "Carty's Reel," "Hut in the Bog (2)." Irish, Reel. E Dorian. Standard tuning (fiddle). AAB (Sullivan): AABB (Mulvihill). A variant of "Ashplant (1) (The)" and the only known composition of Doolin, County Clare, tin whistle player Micho Russell (1915–1944). It is commonly known as "Micho Russell's Reel" although, according to Charlie Piggott (Blooming Meadows, 1998), Russell himself called it "Carthy's Reel." The tin-whistle player, known for his weaving stories, lore and associations into his music, and not above some purposeful playing with the tradition, said he had long ago learned it from an old man named Carthy. "At the time there used to be such a thing on the Aran Island called a Pattern Day (June 14th). People from here used to go over in curraghs. An awful lot used to come up from Galway, pipers and others, with different classes of instruments. So Carthy was beyond anyway and he heard the old tune from a piper playing it and he had the first part but only three-quarters of the second part. So when Séamus Ennis came around collecting the music, I put in the last bit. That's roughly the story of the tune." Russell won the All-Ireland Tin Whistle championship at the age of 58. 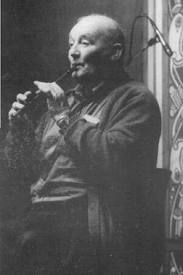 Back to Micho Russell's Reel (1)[edit]