Back to Mill of Newe[edit]

MILL OF NEWE. Scottish, Canadian; Strathspey. Canada, Cape Breton. E Minor. Standard tuning (fiddle). AAB. Composed by Aberdeenshire fiddler Alexander Walker, who also composed a tune entitled "Mr. Alexander Lawson" for a resident of the Mill area. The Mill of Newe is is approximately two miles east of the village of Bellabeg in Strathdon, Aberdeenshire, Scotland, and was a large early corn mill with a prominent Aberdeenshire kiln vent (comprising a revolving ventilator with polygonal slate base). There was also a Mill of Newe farm adjacent to the mill itself. The tune was recorded by fiddlers Winston "Scotty" Fitzgerald and Dan R. MacDonald, and has subsequently been recorded by several Cape Breton fiddlers. 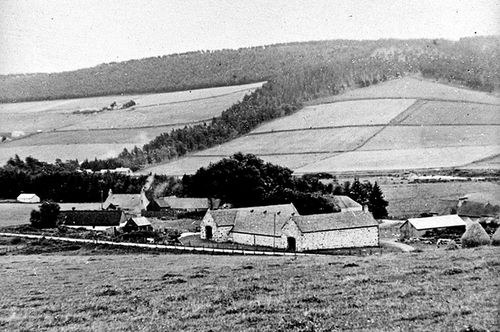 Back to Mill of Newe[edit]