MILLBANK COTTAGE. Scottish, March (2/4 time). A Major. Standard tuning (fiddle). AABBCCDD (Brody): AABB'CCDD' (Martin). "Millbank Cottage" is the best known composition of Pipe Major William Dumbreck (1866–1935) from Linlithgow (although often listed as "traditional"). Dumbreck, according to his obituary, was "pipe-major of the 1st Black Watch, to which, when he was appointed, was the youngest pipe-major in the British Army." The melody was composed in 1887 and was dedicated to his sister who had moved into a newly constructed house, 'Millbank Cottage', on Station Road in the town of Uphall, Midlothian. The march is favored at pipe competitions and was played at Dumbreck's funeral. 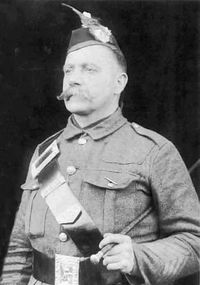