Miners of Wicklow (The)

Find traditional instrumental music
This is the stable version, checked on 30 April 2020.
Jump to: navigation, search

Back to Miners of Wicklow (The) 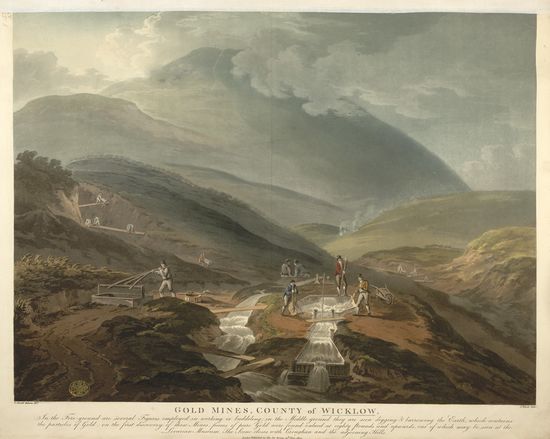 The Wicklow Mountains are granite formations formed by the collision of continental plates. As the rock cooled cracks formed, which were filled with mineral dense hot fluids, that eventually formed veins of metal ore. Lead and zinc were the most common ores to be mined, although silver was also extracted. Mines in the Glendalough area date to the 1790's, and soon after Irish Rebellion of 1798 the 1798 a rich vein of lead ore in the Glendasan valley. Aird's publication predates these enterprises, however, so there was obviously mining activity in the Wicklow Mountains prior to this, and in fact, metals have been extracted from the Wicklows since the Bronze age, when copper was the primary ore sought. Lead mines came to the Vale of Avoca in the 1750's [2], and it is perhaps these to which the title refers. 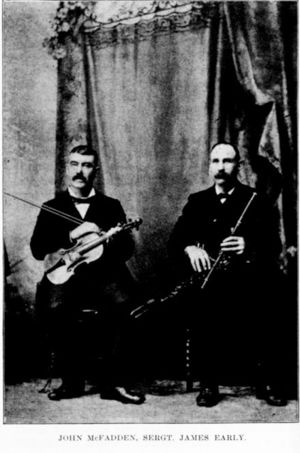 Additional notes
Source for notated version : - the playing partners of Chicago police Sergeant James Early and John McFadden, a piper and fiddler from adjoining counties in the province of Connaght [O'Neill]; the Irish collector Edward Bunting obtained the melody from "Macdonnell, piper in 1797."

Back to Miners of Wicklow (The)