Back to Minstrel's Strain (The)[edit]

MINSTREL'S STRAIN, THE (Cainc Y Datgeiniad). Welsh, Air (cut time). Composed by John Parry (1776-1851) 'Bardd Alaw', a 19th century Welsh harper who was instrumental in keeping alive the Welsh triple harp tradition, and who played in music halls and society venues in England. Robin Huw Bowen remarks that the piece has been a vehicle in the past for penillion, a type of singing verses to harp airs which demands that the singer start after the harp, render the song (of a different metre and phrase length) in counterpoint, and finish at the same time! 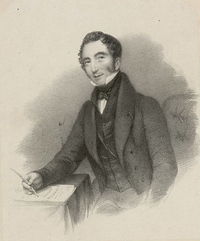 Back to Minstrel's Strain (The)[edit]