Find traditional instrumental music
This is the stable version, checked on 22 December 2020.
Jump to: navigation, search

Back to Miss Haldane of Gleneagles (1)

MISS HALDANE OF GLENEAGLES [1]. Scottish, Strathspey. A Major. Standard tuning (fiddle). AAB. Composed by William Shepherd, an Edinburgh musician, music teacher and music seller. He partnered with Nathaniel Gow in a music publishing venture around 1796. The first strain is a reworking of the same melodic and harmonic material found in "Well May the Keel Row", "Three Jolly Sheepskins (2)" and other tunes sharing the 'floating' first strain.

She married at Edinburgh, on the 9 January 1801, Captain Charles Dallas, of the ancient House of Dallas of Cantray, Budgate, St. Martin's & North Newton, (b. 1766-d. 1855) later Brigadier-General and last British East India Governor of St. Helena. The marriage was productive of seven children - four boys and three girls, all of whom traveled to St. Helena with Brigadier General Dallas and his Lady, where they lived first at Plantation House and then at Longwood, Napoleon's residence. The eldest son, CAPTAIN THOMAS DALLAS of the Bengal Army (b.1801; drowned at sea 1857) took HALDANE, the surname of his mother and his maternal grandmother, for life, though he never succeeded to GLENEAGLES. 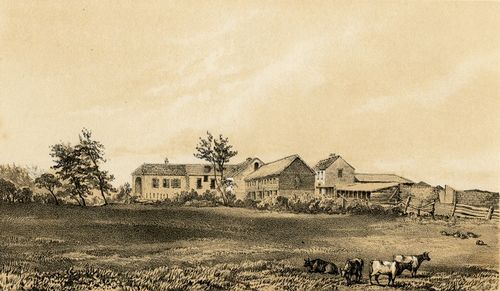 Janet died in 1843 at Cheltenham and is interred at Trinity Church.

Back to Miss Haldane of Gleneagles (1)