Back to Miss Parker's Reel (1)

MISS PARKER'S REEL [1]. AKA and see "Captain Kennedy's Reel." Scottish, Reel. A Major. Standard tuning (fiddle). AABBCCDD. "Miss Parker's Reel" has been attributed to "Mr. Greenwell" (by Abraham Mackintosh), or to Charles Stewart, an Edinburgh musician and later a dancing master. John Glen (1895) remarks: "There are some grounds for suspecting that Stewart, in 1811 or 1812, had either been bereft of his reason, or had become an imbecile, as his name dropt out of the public announcements about that time. This suspicion is strengthened by the appearance of two appeals made by his wife on behalf of his family." One of these appeals read:

Benefit ball. On 1st March, Mrs. Charles Stewart (wife of Mr. C. Stewart, late teacher of dancing in Edinburgh) begs leave most respectfully to inform her friends and the public that the pressing necessities of a young and helpless family have again induced her humbly to solicit their countenance and support on the present occasion.

Charles Stewart died in 1818, though his age is not known.

There was both a "Miss Parker" and a "Mrs. Parker," who were celebrated dancers and pantomime performers. The former, Nannette Parker (b. 1782 in London) was an actress, dancer and singer, who married actor Henry Erskine Johnston [1] (1774-1845). She was educated in Edinburgh, where her father was proprietor of the Royal Circus (where she probably danced), but she also made London appearances at Sadler's Wells. At either age 15 or 16 she married Henry Erskine Johnston, an actor ('the Scottish Roscius') whom she met in Edinburgh, and were called the handsomest bride and groom 'ever seen in England.' She was a popular actress and was continuously employed in a number of important roles (as Mrs. Johnston), and sometimes performed with her husband on stage. The marriage lasted some 20 years, but Nannette eventually abandoned Johnston for a series of lovers and disappeared from the public record after 1820. She was reputedly one of the most beautiful women in Britain in her time, a good actress and better dancer, and a singer with a pleasing, if not strong, voice. 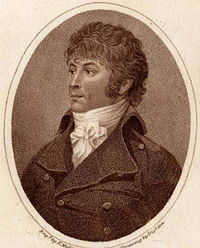 "Mrs. Parker" appears to have been Nannette's stepmother, who also danced at the Royal Circus. Watlen (in Celebrated Circus Tunes, 1798) mentions her in conjunction with "the celebrated Strathspey Minuet as danced by Mr. Lassells and Mrs. Parker at the Royal Circus, London and Edinburgh." In 1806 the Monthly Mirror, reporting on the Royal Circus, wrote: "Since our last and first notice, the stage exhibitions have been improved by the addition of a new dance called the 'Hibernian Reapers, or Harvest Home', in which Mrs. Parker distinguishes herself by a style of dancing full of ease, and productive of the most agreeable effect."

Back to Miss Parker's Reel (1)