Back to Miss Scott of Usan[edit]

MISS SCOTT OF USAN. Scottish, Cape Breton; Reel. F Major (Athole, Kerr): G Major (Dunlay & Reich). Standard tuning (fiddle). AAB (Athole, Dunlay & Reich): AABB' (Kerr). Usan House is in Angus, Scotland. Miss Scott was presumably one of the daughters of Archibald Scott of Usan, who married twice (two daughters from the first marriage, and two sons and two daughters from the second--Isabella and Anne). Archibald died around 1800. It is recorded that one of his daughters pre-deceased him, as they were interred together with the Churchyard of St. Fergus' Chapel, close to the sea. The estate passed out of the hands of the family with the death of Archibald. 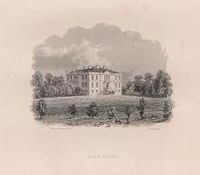 Back to Miss Scott of Usan[edit]