MISS WOFFINGTONE'S MINUET. AKA - "Woffington's Minuet." Scottish, Minuet. The melody appears in the 1768 Gillespie Manuscript of Perth (p. 79). The tune is mentioned in a section called "The Late Mr. O'Keeffe", in The New Monthly Magazine, 1833, in a sketch called "The Harmony of Contrast": 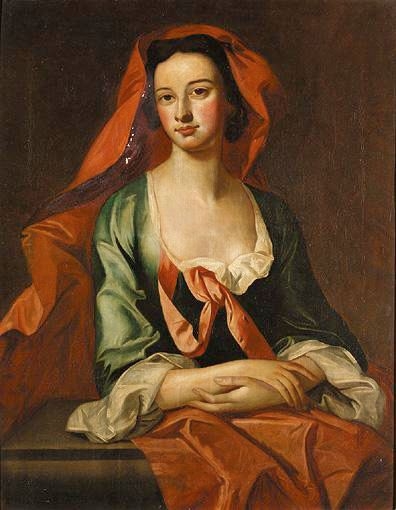 There came over to Dublin, as a show, a beautiful little foreigner, a female, about twenty-five years of age, and not above three feet high. Previous to this she had been at most of the courts of Europe She was elegantly formed, and had a very handsome face: her conversation, accomplishments and polite manner were captivating. Robert Mahon, before he came upon the stage at all, was, like his father, by profession a dancing-master; and, at his benefit at Crow-street, he put in his bill he would dance a minuet with the Corsican Fairy.

After the fourth act of the play, the stage being clear, he, five feet eleven inches in height, led on his three-foot partner. Both were in full dress of the fashion of the day. The orchestra played Marshall Saxe's (or what is called Woffington's minuet) which, before the Minuet de la Cour was composed, was the air danced to on such occasions. In the course of the dance, Mahon had to put on his three-cocked hat, which made him look above six feet two, and to take his partner's hand, and lead her to the front of the stage; yet their movements were so graceful, and their dancing so excellent, that all tendency to laughter and ridicule was effectually kept off, and the interests of Terpsichore, in the hands of the little lady tall gentleman, had a full triumph.

The title honors Dublin-born Margaret "Peg" Woffington [1] (1720-1760), a well-known Irish actress and dancer in Georgian-era London, and mistress of David Garrick, the foremost actor of the day.