Back to Mistletoe Bough (The)[edit]

MISTLETOE BOUGH, THE. English, Air (6/8 time). F Major (Trim/Hardy). Standard tuning (fiddle). AABBCC. "The Mistletoe Bough" is a ballad [1] from c. 1830, by Thomas Haynes Bayley and Sir Henry Bishop, supposedly inspired by an event that occurred at Exton Hall, Rutland. One version of the story goes that Catherine Noel, the 18 year old daughter of the owner, hid in a large chest during a game of hide-and-seek. Unfortunately, she was unable to get the lid open and suffocated. In another version it is a newlywed bride who accidentally locks herself in the trunk and is not found until years later, in a much decayed state. Either way, the story was not new. In fact, Bayly was reportedly inspired by "Ginevra", from Italy, a Poem (1822) by Samuel Rogers. The story has entered "urban myth" status and versions are still told today. 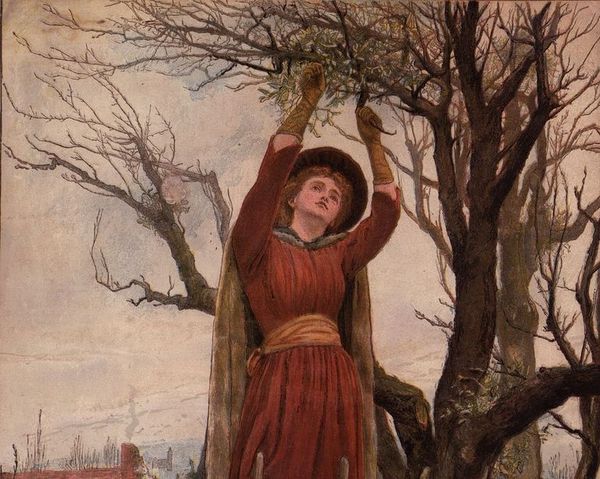 The mistletoe hung in the castle hall
The holly branch shone on the old oak wall.
The Baron's retainers were blithe and gay,
Keeping the Christmas holiday.

The ballad was quite popular in Victorian times.

Back to Mistletoe Bough (The)[edit]