Back to Mocking Bird (1)[edit]

MOCKING BIRD [1]. AKA and see "Listen to the Mockingbird." Old-Time, Bluegrass, Canadian; Breakdown, Schottische. D Major. Standard tuning (fiddle). ABCC'. A fiddle contest favorite since the turn of the century as the piece lent itself to showy playing imitative of bird calls; it is banned from most modern fiddle contests as "danceability" is considered a core value. Nevertheless, the tune is one of the most popular and wide-spread fiddle tunes in modern history, says musicologist Charles Wolfe (Devil's Box, Dec. 1982), while Samuel Bayard (1981) calls it a "universal favorite" with fiddlers. It was popularized as a country fiddle tune in the early days of the Grand Ole Opry, WSM in Nashville, Tenn. by Theron Hale, whose rendition was based on the 1855 song written by "Alice Hawthorne" (nom de plume of a lyricist whose real name was Septimus Winner [1]). Winner himself seems to have based his song on an earlier one by a black street-whistler and guitarist named Richard Milburn, whose name appears along with Winner's on early copies of the song. Although Milburn was only paid with 20 copies of the sheet music (which he would have presumably sold), Winner gave him a job in his music shop on the strength of his talent for whistling. Winner himself sold the song cheaply, and is said to have only received five dollars for the rights. "Listen to the Mockingbird" is widely reported to have been a favorite of Abraham Lincoln's who said it was “as sincere as the laughter of a little girl at play.” The Confederacy liked it too—it was the signature tune of the Virginia 1st Infantry Regiment. 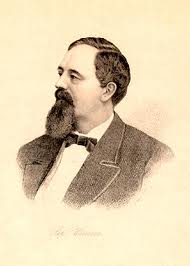 Among the many fiddlers who recorded and played the tune, it was in the repertory of Curly Fox (who recorded it), Alabama fiddler D. Dix Hollis (1861–1927), who considered it one of "the good old tunes of long ago" (quoted in the Opelika Daily News of April 17, 1926); also played by Buffalo Valley, Pa., region dance fiddler Harry Daddario.

Back to Mocking Bird (1)[edit]