MONCRIEFFE HOUSE. Scottish, Strathspey. B Flat Major. Standard tuning (fiddle). AB. Composed by Aberdeenshire fiddler-composer Alexander Walker (b. 1819). The seat of the Chief of Clan Moncrieffe was Moncreiffe House, Perthshire, designed and built in 1679 by renowned architect Sir William Bruce of Kinross, baronet (1630-1710), who incorporated an older tower house. The manor survived until 1957, when it burned to the ground, claiming the life of the then-chief. 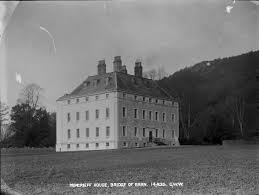