Monks of the Screw (The)

Back to Monks of the Screw (The)[edit]

MONKS OF THE SCREW, THE (Brathar na nÓl). AKA and see "Ta me i n-eagmais ach iocfadh me fos" (I'm in debt but I'll pay them yet). Irish, Air (6/8 or 9/8 time). D Major (O'Neill): C Dorian (Stanford/Petrie). Standard tuning (fiddle). AB. This is a version of the melody "Ta me i n-eagmais ach iocfadh me fos," and is a member of a large tune family in Scotland and Ireland investigated by P.W. Joyce (for which see the note for "What pain I've endured since last year") in his Ancient Music of Ireland. The Monks of the Screw [1] (also called Monks of the Order of St Patrick) were a convivial social club that existed in Dublin between the years 1779 to 1785 ('screw' referred to corkscrew). 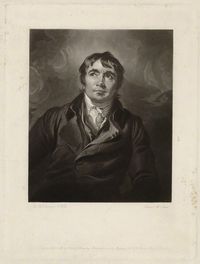 "The Priory" c. 1903, from Footprints of Emmet by J.J. Reynolds (1903). The house fell into disrepair and finally ruin, and was demolished in the mid-20th century.

Their "Prior" was a famous lawyer named John Philpot Curran who wrote a song called "The Monks of the Screw" to a tune that collector George Petrie (1855) believed he learned "in his own loved county of Cork." They met It was the most distinguished club of its time (based on the Hellfire Club of which Curran was also a member), whose 56 members included Flood, Henry Grattan, Father O'Leary, Lord Charlemont, the three Judges Day, Chamberlaine, Medge, Bowes Daly, George Ogle, Lord Avanmore, and others. Liberal Politics, conviviality, literature and wit were the hallmarks of the gatherings (Curran is the source of the quote "Evil prospers when good men do nothing"). The club would meet every Sunday in a large house in Kevin’s Street owned by Lord Tracton, or at Curran's home in Rathfarnham (called "The Priory" [2]) in a special room situated to the right of the hall-door. The group sat at a large table whose two outside legs were carved as satry's legs, between which was the head of Bacchus; the three were wound together by a beautifully carved grapevine. The room also featured an elegant mahogany cellarette in an arched recess that was capable of holding many dozens of wines. Curran is the source of the quote "Evil prospers when good men do nothing." 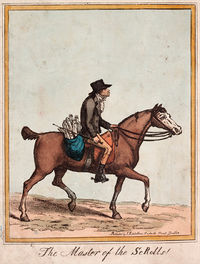 Caricature of Curran as Master of the Scrolls 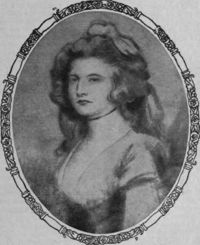 Curran's daughter Sarah (1782-1808) was engaged to be married to Robert Emmet (much against her father's wishes), one of the leaders of the failed rising of 1798, who was captured, hanged and beheaded. There is a modern-day traditional band from the Sliabh Luachra region of County Kerry/Cork that call themselves The Monks of the Screw.

Back to Monks of the Screw (The)[edit]