Back to Montrose Bridge 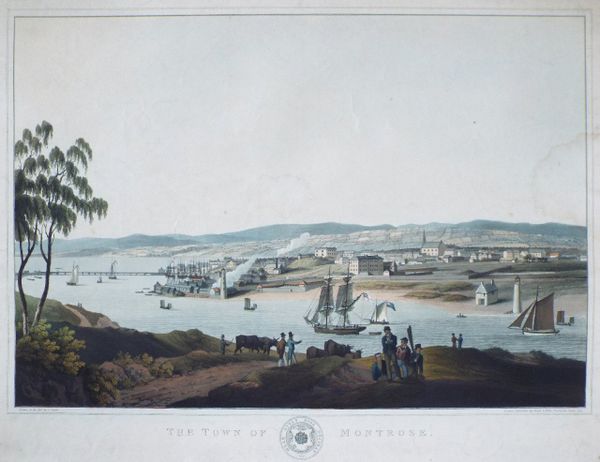 Montrose, 1824. The Timber Bridge is at the extreme left.

Until the late 18th century the only means of crossing the river at Montrose, on the coastal route from Aberdeen, was by an ancient ferry to Ferryden, on the south side of the river. The lowest bridging point was then the medieval bridge at Brechin, seven miles inland. At the time the river was navigable as far as Old Montrose.

In 1776 a fine stone bridge ws constructed over the North Esk at Kinnaber, three miles north of Montrose. This was followed in 1783 by a bridge over the South Esk at Dun, on the west side of Montrose Basin. Fears of trading losses for the Royal Burgh prompted the magistrates to petition for a bridge at Montrose. In 1792 an Act was raised for a toll bridge incorporating a drawbridge at the southern end. This "Timmer Brig" built of timber with stone abutments at either end was constructed across the river at this point to Inchbrayock, or Rossie Island, and was opened in 1795.

As might have been expected, the timber bridge only lasted 35 years before it had to be replaced due to the depredations of marine life. It was replaced by a suspension bridge in 1829, and a sturdier one in 1930 to accommodate the increased weight of traffic.

Back to Montrose Bridge