Back to Mordington House

MORDINGTON HOUSE. AKA - "Mornington House." Scottish, Reel (cut time). A Minor. Standard tuning (fiddle). AAB. Composed by Abraham Macintosh, printed in his first collection of Thirty New Strathspeys and Reels (c. 1792), and thought enough of the tune to include it in his next two collections as well [1]. Mordington House was a magnificent Georgian mansion built by the Hays family in Berwickshire, Borders, Scotland. Prior to the construction of the manor, a Pele or tower house existed at Mordington dating to the era of Robert the Bruce (his daughter Black Anges lived and was buried there). Tragically, with great controversy, the house was demolished in 1973 to make was for a new, smaller house, on the same site (although the original house's lodge survives). 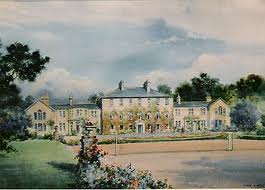 Back to Mordington House