Find traditional instrumental music
This is the stable version, checked on 23 September 2022.
Jump to: navigation, search

Back to Morning Star (1)

MORNING STAR [1] ("An Maidineog", "Réalt na Maidine"). AKA and see "Belles of Omagh," "Reel du bédeau (Le)," "Smash the Windows (4)," "Steampacket (4) (The)." Irish, English, American; Reel. USA, New England. G Major (most versions): F Major (Martin Hayes). Standard tuning (fiddle). AA' (Harker/Rafferty): AB (Allan, Flaherty, Tubridy): AAB (Kennedy, Miller & Perron, O'Neill/1850 & 1001, Raven, Stanford/Petrie, Tolman): AA'BB (O'Neill/Krassen). The reel is common to Irish repertory, but has been widely disseminated. It appears in the large mid-19th century music manuscript collection (vol. 3, p. 110) of County Cork cleric and uilleann piper Canon James Goodman (musicologist) (1828-1896) as “The Morning Star,” although Goodman also entered a close variant in vol. 1 of his mss. under the title "Steampacket (4) (The)." Irish collector George Petrie (1855) thought the tune might have been Scotch in origin. Lending weight to this assertion is the fact that a reel called "Farmer Killed His Ox Today (The)" is a Cape Breton, Nova Scotia, variant. This is perhaps the version of the tune that is known as "Canny Little Lad (The)" in the Shetlands. An Irish variant goes by the name "Green Fields of Eire (The)" and Cat that Ate the Candle (1) (The)" is sometimes identified as a related tune (in this index identified as "Morning Star (6) (The)"). East Clare fiddler Martin Hayes plays the tune in F Major (in is not uncommon for East Clare musicians to play down a step). Philip Heath-Coleman finds a relationship between Texas fiddler Eck Robertson's old-time breakdown "Sallie Johnson" and "Morning Star", albeit more pronounced in the first strain of each tune. 19th century Boston music publisher Elias Howe, notes researcher Conor Ward, printed a version of "Morning Star [1]" under the title "Smash the Windows (4)." See also Montreal fiddler Joseph Allard's 1929 version as "Reel du bédeau (Le)" (parts reversed) and the first strain of the Kentucky "Morgan on the Railroad (2)." 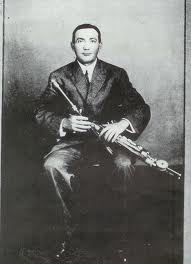 Variety stage performer and uilleann pipe master Patrick "Patsy" Touhey (1865-1923) made the first sound recording of the reel, in 1907.

The name "morning star" is quite common and has been applied to a number of things, including religious and astronomical (the "stars" seen in the early morning light are usually planets, often Venus {which is also seen at dusk and known as "the Evening Star")}. The Morning Star is also the name of a river in County Limerick whose source is in the Ballyhoura Mountains in Cork and which flows into the Maigue near Athlacca in the southern Limerick, and the name has been applied to various ships, newspapers and pubs for centuries.

Back to Morning Star (1)