Back to Mount Stewart House[edit]

MOUNT STEWART HOUSE. AKA and see "Lew Gordon, Quickstep." Scottish, Pipe March (2/4 time). D Major. Standard tuning (fiddle). AAB. Mount Stewart, Isle of Bute, is an exquisite Victorian Gothic mansion built in 1880 by Sir Robert Anderson for the 3rd Marquess of Bute. The Marquess wanted a house that expressed his recent conversion to the Catholic faith, and the house combined Venetian style with Gothic ideals, creating a very Victorian vision in red sandstone. There was a former manor on the site, also called Mount Stewart, that was destroyed in a fire in 1877. The new manor was not completed by the time the Marquess died in 1900, an remains incomplete, however, it was the first home in Scotland to have electric lights installed (and also had a heated swimming pool!). Of note in the new mansion is the impressive Marble Hall, a chamber that rises 80 feet to a domed ceiling, where glittering stones map the stars in the heavens. Stained glass windows around the dome depict astrological signs. Fireplaces rescued from the original Mount Stewart house were installed in the dining room. The marble staircase features Biblical wall paintings and heraldic stained glass windows. High above, the vaulted ceiling glitters with stars. The 3rd Marquess's fascination with astrology is encountered once again in the Horoscope Room, which served his sitting room. Here, the ceiling is painted with astrological symbols depicting the position of the planets at the moment of the Marquess's birth, September 12th, 1847. The room is presently the bedroom of the current title holder, and has a "magnificent bed...with carvings...inspired by the mediaeval tale of Reynard the Fox...playing a Psaltery to lull Noble the lion to sleep. Opposite, Grimbard the Badger clutches a set of bagpipes with which to awaken Noble from his slumbers.” [Mount Stuart, official guidebook, 2001, p. 27]. 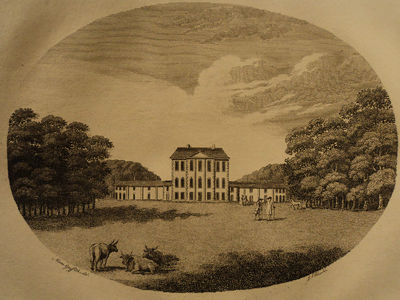 Back to Mount Stewart House[edit]