Back to Mountain Girl Breakdown[edit]

MOUNTAIN GIRL BREAKDOWN. Canadian, Reel. A Major. Standard tuning (fiddle). AABB. Composed by Canadian fiddler Ward Allen [1] who won contest after contest in the 1950's and who carved out a career on the radio. 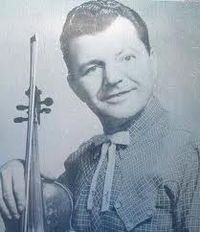 Back to Mountain Girl Breakdown[edit]