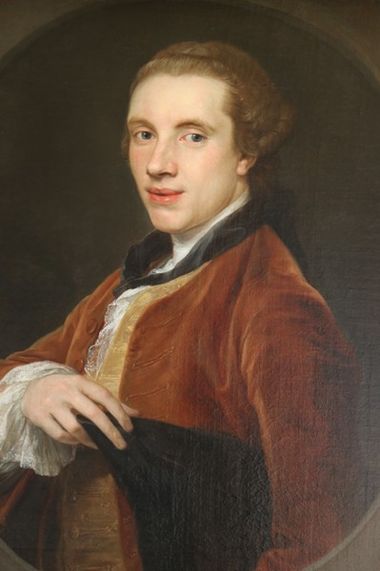 Sir John Shaw Stewart (c. 1740–1812), 4th Baronet of Greenock and Blackhall in the County of Renfrew, succeeded to the Greenock estates on the death of his great-uncle Sir John Shaw of Greenock, 3rd and last Baronet, in 1752 and assumed the additional surname of Shaw. He later sat as Member of Parliament for Renfrewshire from 1780 to 1783, and in April, 1786, he married Frances Colhoun, daughter of Robert Colhoun; soon after his wedding he was reelected to Parliament and served until 1796. He died on 7 August 1812, without issue. Shaw Stewart came by his name and lands when, in 1736, his mother, Helenor Houston, heiress and grandaughter of Sir John Shaw, married Sir Michael Stewart, greatly enriching the family through the inheritance of the western half of Greenock. The family took the name 'Shaw Stewart' to honor both inheritances. The family estate of Ardgowan house was built by Sir John Shaw Stewart in accordance with the designs of Hugh Cairncross, Robert Adam's Clerk of Works at Culzean Castle. It was later to be dramatically 'improved' in the 19th century by William Burn and Robert Lorimer.