Find traditional instrumental music
This is the stable version, checked on 3 September 2020.
Jump to: navigation, search

Back to Mr. McIntosh's Reel

MR. McINTOSH'S REEL. Scottish, Reel (cut time). D Major. Standard tuning (fiddle). AAB. "Mr. McIntosh's Reel" and "Mr. McIntosh's Strathspey" were composed by William Christie (1778-1849), a dancing master, postman, song collector and fiddler-composer of Cuminestown, Aberdeenshire. The two tunes honor Lachlan Mackintosh (d. 1845), whose seat of Raigmore was a 19th century mansion house in Inverness designed by Archibald Simpson. Mackintosh made his fortune as a merchant in Calcutta and returned to Scotland in 1808, where he became a prominent member of Inverness society and a Director of the Inverness Royal Academy. He fund-raised extensively for the Royal Academy and Northern Infirmary and, in 1810 established what is now known as the Raigmore Medal which was given to the most proficient student in the classics and mathematics classes. The gold medal was awarded twice-yearly with a gold medal being awarded during the summer vacation and a silver medal during the winter vacation. However by 1888 the money for the medal had run out, and it was awarded for a last time. 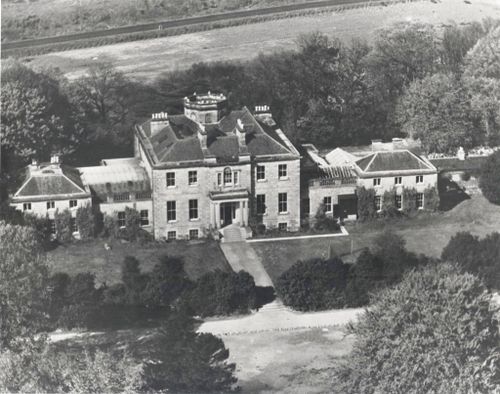 
Mackintosh married the daughter of one of Christie's patrons, Sir Archibald Dunbar, 6th Baronet of Northfield, Aberdeenshire. The couple's son was Aeneas William Mackintosh, an MP for Inverness Burgh between 1868 and 1874. Northfield became an RAF base in World War II and was extensively altered for the military, then demolished in the 1960's; the remainder of the site was used to create an Emergency Hospital Service facility which evolved to become Raigmore Hospital.

Back to Mr. McIntosh's Reel