Back to Mr. Rait of Anniston's Reel 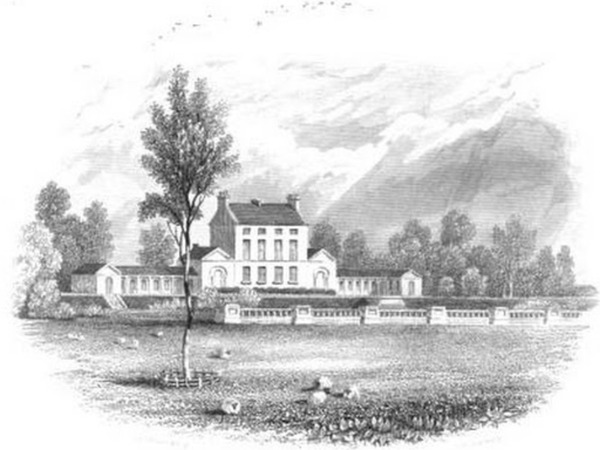 Anniston House, Forfarshire (Angus). Demolished 1935/36 by Capt. the hon. Bruce Ogilvy,after death of Agnes Rait of Anniston (Mrs H.A.F. Lindsay Carnegie) in 1932.
MR. RAIT OF ANNISTON'S REEL. Scottish, Reel (cut time). A Major. Standard tuning (fiddle). AAB. "Mr. Rait of Anniston's Reel" was first printed around the year 1810 by music seller Robert Purdie for his Princes Street, Edinburgh, shop on a single sheet issue (2 pages) entitled "Tom Thumb, A Favoirite Dance", together with "three new strathspeys and a reel" by James Boick (Boick's name is not attached to "Tom Thumb" as it is the other tunes, although he may also have been the composer of the title tune). Boick's name crops up as the composer of tunes in the collections of Robert Petrie, and, later, in Hamilton's Universal Tune Book (1843) and Köhler's Violin Repository (1881-1885); John Pringle composed a strathspey for him. David Baptie (Musical Scotland, 1885), however, makes no mention of him.


'Mr. Rait', of the reel's title was John Rait (1748-1823) who inherited Anniston House, Angus, Scotland, from his grandfather, Dr George Rait. He married Elizabeth Guthrie (see Boick's "Mrs. Rait's Strathspey") on March 26, 1799, when he was age 51, and they quickly produced a family of six sons and three daughters. Mrs. Rait expired 15 years after her wedding, in 1814, perhaps worn out by they cycle of pregnancy and birth every 20 months or so. Boick composed another tune in his small "Tom Thumb" collection, "Mr. Guthrie of Craigie's Strathspey," in honor of Elizabeth's father, James Guthrie Esq. of Craigie in Forfarshire.

Back to Mr. Rait of Anniston's Reel