Back to Mrs. Monro Binning’s Favorite

MRS. MONRO BINNING'S FAVORITE. Scottish, Slow Jig (6/8 time). E Flat Major. Standard tuning (fiddle). AABB. The melody appears in the second collection of Edinburgh musician and music publisher William Shepherd, who became a publishing partner of Nathaniel Gow in the 1790's, until his death in 1812. The person of the title was probably Sophia Home (1787–1806) of Argaty, 1st cousin to David Monro (1775–1842) of Softlaw, Perthshire, an advocate whom she married in 1803. Monro by deed of entail assumed the surname and arms of Binning. The couple had two children, but Sophia died when they were still toddlers, in 1806. Monro later remarried Isabella Blair, with whom he had two more children. David had the renowned artist Henry Raeburn paint the portraits of Sophia's children, around the year 1811. See also John French's "Mr. Monro Binning's Strathspey."

Sophia inherited Argaty as an infant and only child of Dr. George Steuart Hume, also known as George Home, (1747–1787), and his second wife, Jane Munro, daughter of John Munro of Auchenbowie. Although the property was entailed, and George's brothers contested the inheritance, her father's properties were awarded to her. George Steuart Hume had been born in Maryland, where he became a landowner and physician, but emigrated to Scotland to claim the family estates. His brothers, who sided with the cause for American independence, inherited the American property. 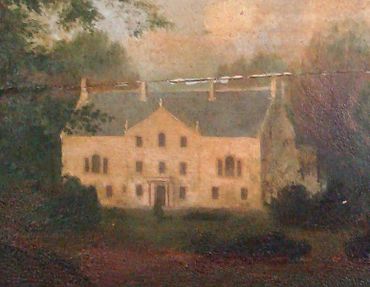 Back to Mrs. Monro Binning’s Favorite