MRS. MUIR OF CALDWELL. AKA - "Mrs. Mure of Caldwell." Scottish, Strathspey. D Major. Standard tuning (fiddle). AAB (Gow): AABB' (Athole). Caldwell [1], east Renfrewshire, is a mansion and old estate with the remains of a castle nearby that was in the Muir (sometimes More, Mure, etc.) family for over 500 years (until 1909). It was rebuilt in the 18th century by famed architect Robert Adam. 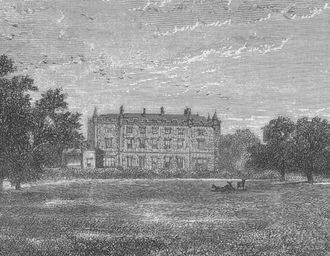 The title probably refers to the wife of Colonel William Muir (or Mure) of Caldwell (generations of the eldest sons of the family were all named William), who succeeded to the title of Baron Mure in 1776. Muir/Mure served on General Cornwallis's staff in the American War of Independence, and who was imprisoned when the British army surrendered at Yorktown. Repatriated, he commanded militia units such as the West Lowland Fencibles and the Renfrew Militia, and was for many years the vice-lieutenant of the county of Renfrew. In 1791 he married Anne, the eldest daughter (and one of fourteen children) of Sir James Hunter Blair, who survived until 1858, outliving her husband by nearly thirty years. The tune (first printed in the Gows' 3rd Collection, 1792) may therefore have been associated with the nuptials of the pair, if only because it was a topical union of two powerful Lowland families.

Scots painter Alan Ramsay produced a portrait around 1765 of one Mrs. Muir of Caldwell, perhaps the mother of Colonel William Muir. 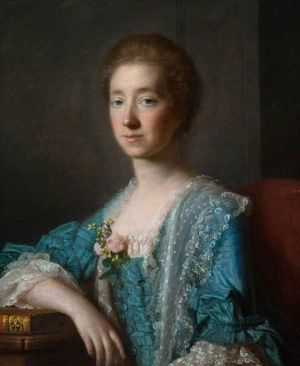