My Peggy is a Young Thing

Back to My Peggy is a Young Thing[edit]

MY PEGGY IS A YOUNG THING. English, Scottish; Air (whole time). A Dorian. Standard tuning (fiddle). AABB. The song "My Peggy is a young thing" was published by Allan Ramsay (1686-1758) who introduced it into his is Gentle Shepherd (1725, Sang 1), a "pastoral comedy," after the success of John Gay's Beggar's Opera with its employment of popular airs and songs. James Oswald printed an instrumental setting of the tune in The Caledonian Pocket Companion book 3 (1743-48). 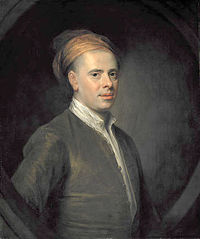 "My Peggy is a Young Thing" also appears published with music in Orpheus Caledonius (1725), but it appears to be a different tune.

Back to My Peggy is a Young Thing[edit]