Never Do to Give it Up So 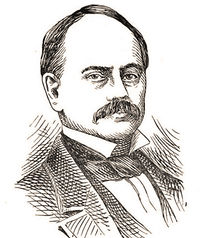 I'm old Mister Brown from the South,
I left Lynchburg in the time of the drouth;
The times they got so bad in the place,
That we poor folks dared not show our face.

The old Jim River I floated down,
I ran my boat upon the ground;
The drift log come with a rishing din,
And the stove both ends of my old boat in.

The old log rake me aft and fore,
It left my cookhouse on the shore;
I thought it wouldn't do to give it up so,
So I scull myself ashore with the old banjo.

I gets on shore and feels very glad,
I looks at the banjo and feels very mad;
I walks up the bank that's slick as glass,
Up, went my heels and I light upon the grass.

By golly, but it surely made me laugh,
With my boat I made a raft;
I had a pine tree for a sail,
And steered her down with my coattail.

That same night as the sun did set,
I arrived in town with my clothes all wet;
Then I built up a great big fire,
If that's not true then I am a liar.

The song was heard in during the latter 1840's Gold Rush in the only theater in Sacramento, California, by travel writer Bayard Taylor, renowned for his travelogues. Amongst the gambling and drinking, "Ethiopian" minstrels drew crowds who came to enjoy the spectacles. Taylor vividly writes in his Eldorado, or Adventures in the Path of Empire, comprising a voyage to California, via Panama; life in San Francisco and Monerey; pictures of the gold region; and experiences of Mexican travel (1850):

Some of the establishments have small companies of Ethiopian melodists, who nightly call upon "Susanna!" and entreat to be carried back to Old Virginny. These songs are universally popular, and the crowd of listeners is often so great as to embarrass the player at the monte tables and injure the business of the gamblers. I confess to a strong liking for the Ethiopian airs, and used to spend half an hour every night in listening to them and watching the curious expressions of satisfaction and delight in the faces of the overland emigrants, who always attended in a body. The spirit of the music is always encouraging; even its most doleful passages had a grotesque touch of cheerfulness—a mingling of sincere pathos and whimsical consolation, which somehow took hold of all moods in which it might be heard, raising them to the same notch of careless good-humor. The Ethiopian melodies well deserve to be called, as they are in fact, the national airs of America. Their quaint, mock-sentimental cadences, so well suited to the broad absurdity of the words--their reckless gaiety and irreverent familiarity with serious subjects—and their spirit of antagonism and perseverance--are true expressions of the more popular sides of the national character. They follow the American race in all its emigrations, colonizations and conquests, as certainly as the Fourth of July and Thanksgiving Day. The penniless and half despairing emigrant is stimulated to try again by the sound of "It'll never do to give it up so!" and feels a pang of home-sickness at the burthen of the "Old Virginia Shore."

The repetitive chorus and singable melody soon inspired a Temperance versions. One is contained in R.K. Potter's The Boston Temperance Songster (Boston, 1846) that begins:

Friends of temperance, fair and strong,
List a moment to our song;
Do not be in haste to go;
'Twill not do to give it up so.

Still there is a wretched band
Of drunkards reeling through the land;
And our work will not be done,
'Twill we've saved them every one.

Another is to be found in Edwin Paxton Hood's The Book of Temperance Melody Adapted and Arranged to Popular Airs, published in London in 1850, reprinted in John Ripley's Temperance Melodies (London, 1854). The song is identified as American:

We've fought the battle very long,
And now we'll sing a little song,
To raise our spirits, getting low,
For it won't do to give it up so.

We've had a hard and lengthy race,
We still keep on the same old pace;
So long as Rum shall lay men low,
It will never do to give it up so.
etc.

A variant of the lyric, to a different melody (see below), turns up in a play-party song, collected in Versailles, Indiana, from informant Mrs. A.T. Beckett [c.f. Leah Jackson Wolford's THe Play-Party in Indiana, 1916, p. 100], who called the song "Walk Along John" a title that occurs in Old-Time repertory. The lyric thus would seem to indicate a crossing over and dissemination of Emmett's minstrel song into vernacular old-time music, or perhaps a conflation of the preexisting "Walk Along John" with Emmett's song. Another Old-Time music connection has been suggested (the argument is attributed to Dan Gellert) that Emmett's "It'll Never Do to Give It Up So" is the source for the "Did You Ever See the Devil Uncle Joe" family of tunes, with the title of the old-time tune actually a fractured version of the minstrel original.


See also listing at:
Hear the tune by the 2nd South Carolina String Band on youtube.com [1]