NEW CUSTOM HOUSE [2], THE (Teach Nua an Chustaim). AKA and see "Aberdeen Lasses," "Bloron's Fancy," "Bond's Reel," "Game of Love (The)," "Kelly's No. 3," "Paddy Kelly's Reel (4)." Irish, Reel. D Mixolydian. Standard tuning (fiddle). AABB'. The tune has been attributed to Paddy Kelly (by Han Speek), although he apparently did not name it himself. Kelly was a founding member of the Aughrim Slopes Ceilidhe Band with Jack Mulkere and Joe Mills. Despite this attribution, "New Custom House" is clearly a version of "Game of Love (The)" in O'Neill, which predates Kelly by many years. The reel appears as "Kelly's No. 3" in Bronx fiddler Martin Mulvihill's 1st Collection (1986). 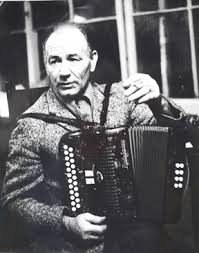