Find traditional instrumental music
This is the stable version, checked on 12 January 2023.
Jump to: navigation, search 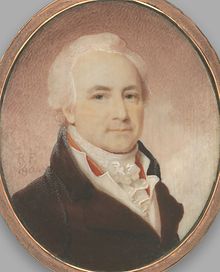 NEW YEAR'S DAY [1]. AKA and see "Mrs. Montgomery of Coilsfield," "Providence Sett Figure 3." Scottish, Jig (6/8 time). F Major. Standard tuning (fiddle). AABB. The tune under the "New Year's Day" title appears in Alexander Reinagle's [1] (1756–1809) publication A Collection of the Most Favorite Scots Tunes (1782). The jig was printed in several different collections, attesting to its popularity. It can be found earlier as "Mrs. Montgomery of Coilsfield" in John Riddell's Collection of Scots Reels, Minuets &c., published in 1766 and reissued in the same year as Reinagle's volume. Reinagle was an English-born composer, organist and theater musician who learned his craft and practiced in Edinburgh, before emigrating to the United States in 1786. He arrived in New York, and then moved to Philadelphia where he helped to revitalize the new country's music during George Washington's first presidencies.