Night of the Big Wind (The)

Find traditional instrumental music
This is the stable version, checked on 10 January 2020.
Jump to: navigation, search

Back to Night of the Big Wind (The) 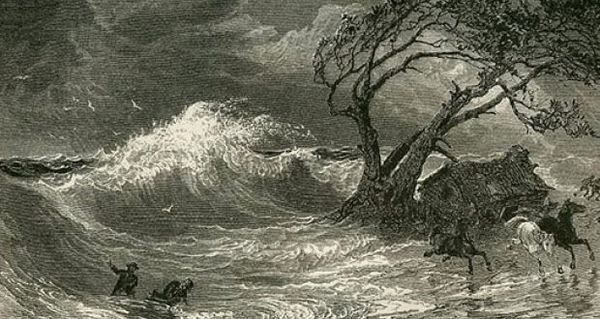 NIGHT OF THE BIG WIND, THE. Irish, Reel (whole time). D Major. Standard tuning (fiddle). AABB. Composed by Galway flute player Vincent Broderick. The title references a weather event the occurred prior to the Great Famine of the mid-19th century, but which is still part of traditional memory. The Night of the Big Wind was the most devastating storm ever recorded in Irish history; several hundred died across the island. Known as Gaeilge as “Oíche na Gaoithe Móire”, the hurricane of 6th and 7th January 1839 made more people homeless in a single night than the decades of evictions that followed it. It is said that it roared in from the Atlantic with such power that waves actually broke over the top of the Cliffs of Moher[1].

Back to Night of the Big Wind (The)