Back to O'Donnell's Hornpipe

O'DONNELL'S HORNPIPE (Crannciuil Ui Domnaill). Irish, Hornpipe. G Major. Standard tuning (fiddle). AABB. New York/County Sligo fiddler Paddy Killoran recorded the tune on a 1936 78 RPM in a medley with "Maguire's Fiddle," although some confusion exists because the tune names were reversed on the label. Paul de Grae thinks the tune sounds like a shortened Irish version of the English clog dance "Flee as a Bird." 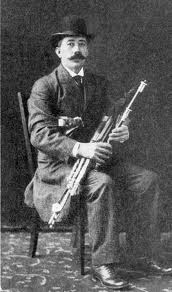 Source for notated version: "Delaney" [O'Neill]. Uilleann piper Bernard Delaney (died c. 1923) was born near Tullamore, County Offaly, and emigrated to the United States in 1880. He eventually settled in Chicago and became Francis O'Neill's brother-in-law, joining him on the police force. O'Neill held his playing in high esteem and described him as "capable of craning or playing the Connaught staccato system of execution, the free and rolling style with a liberal sprinkling of graces and trills was his favourite." He steady playing made him a favorite accompanist for dancing, and he performed frequently in the city. There is a biographical sketch of Delaney in O'Neill's Irish Minstrels and Musicians (1913, pp. 310–312).

Back to O'Donnell's Hornpipe