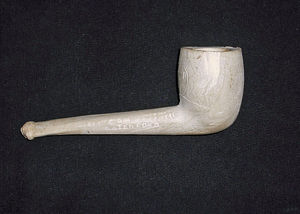 The first strain is similar to "Otter's Holt (The)." Recorded in Dublin in 1949 by Sligo/New York fiddler Paddy Killoran, who paired the reel in a medley with "On the Road to Lurgan". Killoran's second wife was Betty Hayes, sister of flute player Josie Hayes, a musical associate of Junior Crehan, and the couple would stay at the Hayes home while visiting County Clare. Junior and Josie would get together with Killoran to play when he visited and it is possible melodic material was shared between the two in the process-thus parts of Killoran's "Old Dudeen" were reworked by Crehan as "Otter's Holt (The)."

Mayo accordionist and composer Vincent McGrath contends that the tune was a composition of his uncle John McGrath, a fiddler, button accordionist, bandleader and music teacher for many years in New York. McGrath's manuscripts included two different settings, one for his fiddle students and another for button accordionists.

The title "McGann's (2)" is a tribute to Bronx fiddler Andy McGann, who also played the tune. See also note for "Dúidín Reel (The)" for more.


See also listing at:
Alan Ng's Irishtune.info [1]
Hear the tune by Robert Benoit on youtube.com [2]
Hear Paddy Killoran's recording on youtube.com [3][4] (first in set, followed by "On the Road to Lurgan" and "Emlagation Reel (The)."