Back to Old Grey Gander (The)[edit]

OLD GREY GANDER, THE ("An Sean Gandal Liat" or "An Seanghandal Liath"). AKA and see "Buckeen (The)," "Cameron House," "George Gubbin's Delight," "Gray Hen (The)," "Lord Kelly (1)," "Lord Kelly('s Rant/Reel)," "Mo ceoil sibh a laochra," "Musical Priest," "New Bridge of Erin (The)," "Wedding Ring (2) (The)." Irish, Reel. A Dorian. Standard tuning (fiddle). AB (Breathnach): AA'B (O'Neill/1850): AA'BB' (O'Neill/Krassen). Researcher Conor Ward finds a nearly identical version of the reel printed by Francis O'Neill (Music of Ireland, 1903) in the c. 1885 music manuscript collections of fiddler Francis Reynolds of Gaigue, Ballinamuck, Co. Longford. In the Reynolds MS, it is called "Gray Hen (The)." Ward remarks: "This similarity in versions is due to the fact that O’Neill obtained the tune from the fiddler James Kennedy (1861-1927), who was raised in Curraghashillaun, Ballinamore, Co. Leitrim, not far from where Francis Reynolds lived in Ballinamuck. Kennedy had learned this tune from his father, Peter Kennedy (c.1822-1902), who was a renowned fiddle master in south Leitrim. Apart from the geographical connection between the two fiddlers, Kennedy and Reynolds, it's amazing how similar the two versions are, almost note for note!" 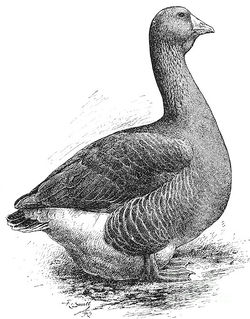 "Highway to Limerick (The)" and "Humors of Schull (The)" are related tunes.

Back to Old Grey Gander (The)[edit]