Back to Pandean Dance in Tekeli[edit]

PANDEAN DANCE IN TEKELI. AKA – "Pedean Dance in Tekile." English, Country Dance and Jig (6/8 time). D Major. Standard tuning (fiddle). AABB. Printed in the Hardy MSS. Tekeli, or, The siege of Montgatz was a three-act melorama by James Hook [1], adapted from Pixerecourt’s French drama of 1803; the title was the surname of the Hungarian patriot, Emeric, Count Tekeli (1656–1703). It was staged in 1806 "with distinguished success at the Theatre-Royal, Drury-Lane," but later adapted by Hook into a two-act version or burletta with songs (1809). American poet Edgar Allen Poe's mother appeared as Christine in Tekeli on March 23, 1811, at the Charleston Theatre. See also other melodies from the play; “Quick Step in Tekeli,” "Favourite Pandean Dance (A)" and “Tekely”). "Pandean Dance in Tekeli" was entered in to the c. 1780–1804 music manuscript copybook of fifer and/or fiddler John Fife, who may have been from Perthshire, Scotland, and who may also have spent some time at sea (there are references to battles in Caribbean and the Mediterranean in the MS). It also appears in the Welch music manuscript collection as "Pedean Dance in Tekile." 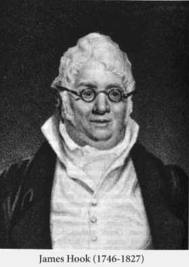 Back to Pandean Dance in Tekeli[edit]