Back to Parnell and Ireland[edit]

PARNELL AND IRELAND. Irish, Jig. D Major. Standard tuning (fiddle). AABB. Composed by one Tom Doyle (credited in Ryan’s Mammoth) in honor of the great Irish politician and nationalist Charles Stewart Parnell [1] (1846-1891), a Member of Parliament who urged tenants not to pay rent in protest of oppression at the hands of landlords. His career was ruined by scandal after it was revealed he was having an affair with a married woman. 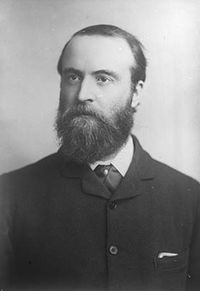 Back to Parnell and Ireland[edit]