Back to Pastime with Good Company[edit]

PASTIME WITH GOOD COMPANY. AKA - "King's Ballad (The)," "Kynges Balade (The)." English, Air (cut time). G Dorian (Chappell): E Minor (Kines). Standard tuning (fiddle). One part (Kines): ABC (Chappell). The song is the most famous composition by Henry Tudor, King Henry VIII, claims Chappell (1859) who reports the song was found in a early 16th century manuscript at the British Museum. This manuscript, known as the Henry VIII Songbook, was probably compiled around 1518, and includes 20 songs and 13 instrumental pieces ascribed to ‘The Kynge H. viii’, and the song is thought to have been composed when Henry was still a Prince, or soon after his coronation. Kines (1964) thinks the tune not to be particularly characteristic of that period, but that "the verses seem quite consistent with what we know of Henry's philosophy," as it extols all the virtues of the princely life, including hunting, singing and dancing. 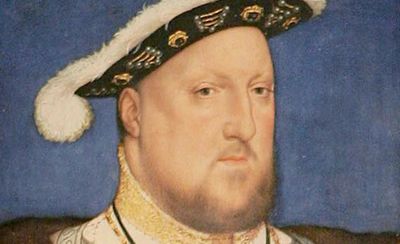 I love and shall until I die.
Grudge who likes, but none deny,
So God be pleased, thus live will I.
For my pastance:
Hunt, sing, and dance.
My heart is set!
All goodly sport
For my comfort.
Who shall me let?
Youth must have some dalliance,
Of good or ill some pastance.
Company I think then best —
All thoughts and fantasies to digest.
For idleness
Is chief mistress
Of vices all.
Then who can say
But mirth and play
Is best of all?


See also listing at:
Hear the song performed on youtube.com [1]
See the Wikipedia article on the song [2]

Back to Pastime with Good Company[edit]