PATRICK FLEMING. Irish. This air was published in 1680 in Luke Wadding's (1588-1657, the Bishop of Ferns) book of carols entitled A Pious Garland of Godly Songs for the Solace of His Friends and Neighbors in their Affictions. The volume consisted of hymns and Christmas carols to older airs, which, according to (the sometimes unreliable) historian Grattan Flood, were still sung in the Parish Church of Kilmore, Barony of Forth, County Wexford, in the latter 19th century. 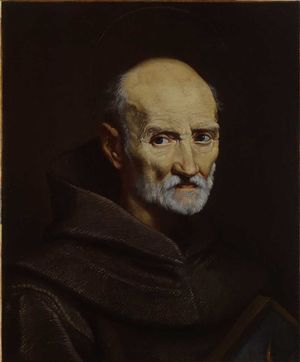 In 1631 Patrick Fleming, of St. Anthony's College, was appointed a reader in theology at Prague. Fleming built the Irish Franciscan college in Prague's New Town, and was a prolific correspondent with Wadding and others in the Church. Unfortunately, they came into conflict with another monastic order, the Capuchins, who desired the same site for their own establishment. In November 1631 Fleming and an assistant sought to journey to Vienna to further arrangements for additional friars to join them, when they were waylaid on the royal highway by enraged villagers ner Benešov by the village of Oleška. Fleming was killed on the spot by three blows to the head.