Find traditional instrumental music
This is the stable version, checked on 6 February 2021.
Jump to: navigation, search

Back to Perry's Victory (1)

PERRY'S VICTORY [1]. AKA and see "Butler County." American, Jig or March (6/8 time). USA, southwestern Pa. G Major. Standard tuning (fiddle). AB or AABB. Samuel Bayard (1981) was of the opinion that “Perry’s Victory” was at least as old as the 18th century, "of uncertain date and ancestry," but that it has a "tantalizing" general resemblance to an Irish song tune called A Ghaoith o'n Deas (O Southern Breeze), with an especially close resemblance in the second strain. Also generally similar are the melodies Men of Garvagh (The) and Black Dance (The). 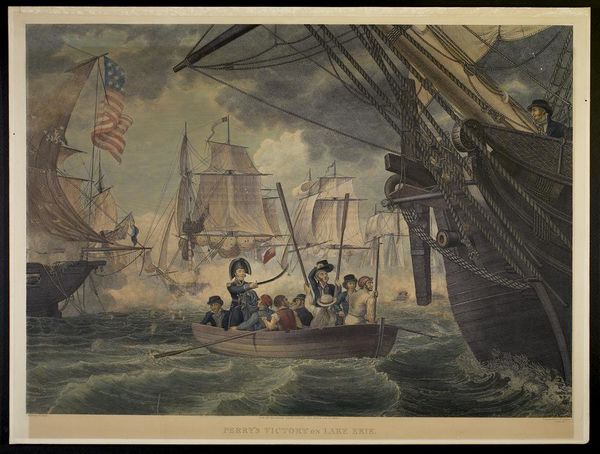 The title references the victory on September 10, 1813, when Commodore Oliver Hazard Perry defeated and captured a British squadron of warships at the Battle of Lake Erie. The battle, fought during the War of 1812, secured control of Lake Erie for the United States and enabled General William Henry Harrison to conduct a successful invasion of Western Upper Canada. Harrison subsequently defeated the British and Indians at the Thames River on October 5, 1813. The dual victories of Lake Erie and the Thames provided an important morale boost to the young country and gave the United States a much stronger bargaining position at the peace talks. The Treaty of Ghent, signed on Christmas Eve 1814, ended the War 1812.

Back to Perry's Victory (1)